Not long ago, over four years now, I was in the thralls of a fear so incapacitating I couldn’t see a way out. I was certain I’d never be published. My family and friends said it would happen. I even smiled confidently when asked if I believed that. But the fear had a strangle hold on my throat, and I knew to survive, I might have to admit to being the biggest fool ever.

I see other writers today feeling that fear. I hear it in their posts and emails. I’ve preached enough times on my blog that if you work hard, if you stayed committed, if you keep the faith, it WILL happen. But honestly, the true secret to success is to use the fear.

In my quest to find a topic to write about today, I mulled over some ideas while shredding files. That was when I came across some correspondence with an old agent. Yes, I’ve actually had three. The one I’m referring to was my second, and most respected and renowned agent. I can still recall the sheer moments of exhilaration working with her. Sorry I can’t mention her name. Not that she’d care. She’s probably retired now. But in her day, she was one of the very best New York could offer. And oh how I admired her.

She’s been through her own battles to reach the top, and she knew her stuff. I knew it was up to me to knock her socks off. As I read my query letter again this morning, I was dumbfounded as to why she agreed to be my agent. I made every mistake possible in that query letter. By now you probably know what those mistakes are without me having to list them. I ended the letter with this statement: If my work doesn’t move you as I hoped, of course, I’ll understand. I’m just grateful for this opportunity.

Even I understood she needed time to come to terms with 911, yet by May 2002, she apologized for the delay and mentioned that she knew waiting was difficult. A few weeks later, she wrote a wonderful letter complimenting me on the many plot-twists in Dead Witness. She said that was no small feat for a writer to accomplish. Then she went on to suggest revisions, and promised once completed, they would make my manuscript even more riveting. She also requested a Bio and Writing History.

We corresponded a few times after that. She was always gracious and encouraging. I sent the Bio and Writing History; again she was gracious with her compliments. In September 2003, I mailed my Broken but not Dead manuscript. She acknowledged receipt of Broken and said she looked forward to reading it.

Two years had now passed since she agreed to represent me, but I was still thrilled.

One month into 2004, I emailed to see how things were going. She didn’t respond. Six weeks later I emailed again. Nothing. I waited three more months. I felt like a stalker. One day I read an article in The Times about her and her famous new client. I was stung with envy. I gave my head a shake and asked myself what I was doing with an agent of her calibre. Yes, I sank to the depths of woe is me. One more unanswered email and, in July of 2004, I wrote the hardest letter I’ve ever had to write. I thanked her for all she done, and asked to be released. Within days she replied, said she understood, and wished me the best.

I won’t even venture to guess how many times I’ve wondered if I made a horrendous mistake. Especially after she was so understanding. But like every other writer out there, I wanted my dream to come true now. I had a renowned agent and expected something wonderful to happen. When she failed to answer my emails, I felt rejected.

I’m not one to rehash the past, nor do I believe things happened randomly. Besides, I was raised to never cry over spilled milk. I learned a lot from my agent. I’m a better writer because of her. But I needed more than what she was willing to offer.

As you read other authors’ journeys to publication, it’s hard not to compare. Harder still not to wonder why their success seemed so easily obtainable, while yours feels like climbing Everest without a rope. The fear of never being published can be debilitating, if you let it. Or you can use that fear to push yourself past your comfort zone. I could have waited another four years for my agent to find Dead Witness a publisher. Or I could have spent those years as I did, learning my craft, the business, and finding out just what I was made of. It was my path, and I had a right to take it. 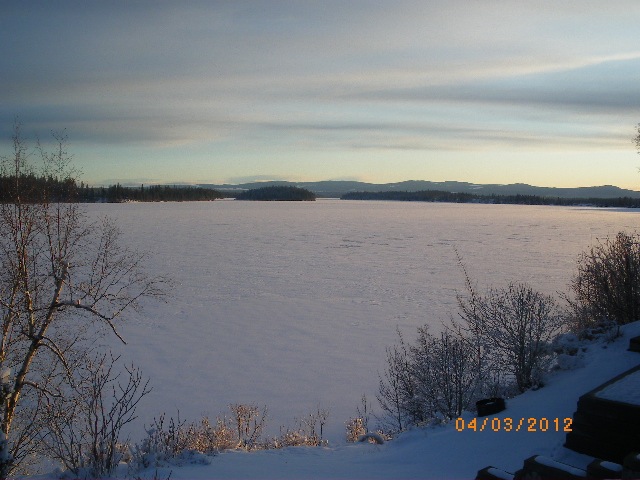 Now on a totally different note. It’s breakup time again. Time to guess when the ice will come off Cluculz Lake. Somewhere between next week and the middle of May; I’m predicting. What do you think? Leave a guess in the comment section before April 20th, and if you guess correctly, I’ll mail you a copy of my suspense thriller Broken but not Dead. 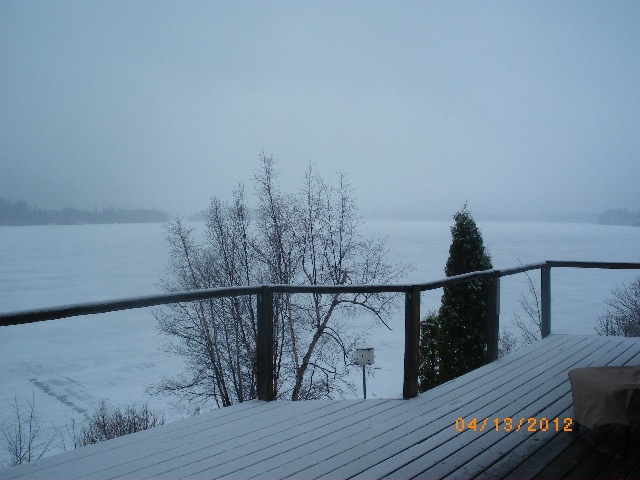