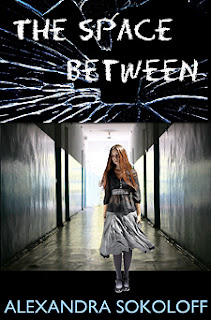 How can you prevent the future? Would you dare?

Sixteen-year old Anna Sullivan is having terrible dreams of a massacre at her high school. Anna’s father is a mentally unstable veteran, her mother disappeared when Anna was five, and Anna might have been able to chalk the dreams up to a reflection of her crazy waking life—except that Tyler Marsh, the most popular guy at the school and Anna’s secret crush, is having the exact same dreams.

Despite the gulf between them in social status, Anna and Tyler connect, first in the dream and then in reality. As the dreams reveal more, with clues from the school social structure, quantum physics, probability, and Anna’s own past, Anna becomes convinced that they are being shown the future so they can prevent the shooting…

If they can survive the shooter—and the dream.

Based on the Thriller Award-winning short story, “The Edge of Seventeen.”

Honestly, doesn’t the synopsis above sound fascinating? I read that and thought Wow, now that’s worth checking out!

Alexandra Sokoloff writes about one of society’s most compelling issues: school shootings. I’ll admit I was hesitant to read the book, but because I love her writing so much, I decided to take a sneak peek and leave it at that.

I ended up reading the first chapter and immediately ordering the eBook. The prose were that powerful and the story was that compelling.

Do you remember the most popular guy in school? If you were like me, you watched him from a distance, right? You may even have gone through those 5 years without ever having shared a word or even a glance between you.

Anna is in love with Tyler, the most popular guy in school, from a distance. One day she realized they’re both having the same dreams. That’s incredible, but guess what? They can talk to each other through their minds. Anna, the girl who has no one, connects with Tyler in a way that is at once profound, disturbing, and gratifying to anyone who has experienced the heartache of being considered invisible.

Anna is an incredible young woman with a bright mind, a sad past, a hopeless existence, and a huge hole in her heart left by the abandonment of her mother. The mother in me wanted to embrace her and make that pain go away. As I read, I saw that it was even worse than her having no friends. Her father suffers from PTSD and is capable of doing who knew what. But that isn’t the worst of it. Anna discovers that she and Tyler are having the same nightmare. There’s going to be a school massacre… unless she and Tyler can stop the shooter.

This is a story about what if…

What if you knew something very very bad was about to happen and you could prevent it from happening, but not without a huge cost.


I believe that when you read a good story that disturbs you, brings back memories you never expected, makes you feel different for having read it, I think that book is worth mentioning. THE SPACE BETWEEN is that book. It came alive for me very quickly. I love being so engrossed in a character’s life that I hate the thought of saying goodbye. THE SPACE BETWEEN made me remember clearly what it meant to be young, in love, and desperate for a hopeful future.

At the foot of the staircase, on the landing below, Tyler Marsh stands looking up at her, as real as she is, even now heart-stoppingly beautiful, perfect profile and long, dark silky hair falling into his eyes. The alarms pulse around them, vibrating through her body.
Tyler?
She takes a shaky step toward him.
“Run,” he says, without opening his mouth.

I enjoyed this novel very much and highly recommend it. THE SPACE BETWEEN is a story about a brave and courageous young woman who epitomizes what it means to take a chance and make a difference.
*  *  *  *
Meanwhile, winter has arrived at Cluculz Lake: 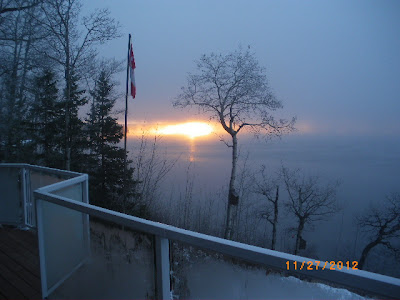 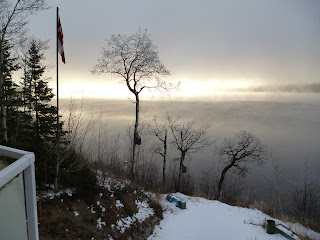 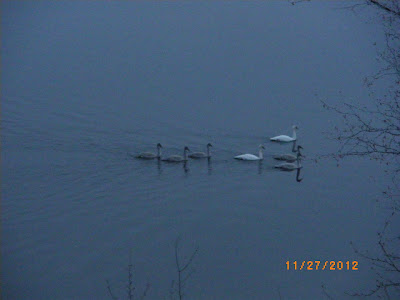 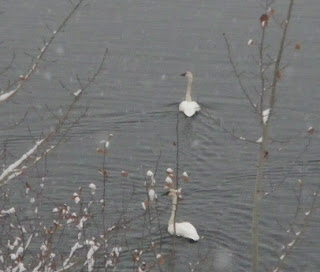