I feel as if I’ve been neglecting my duties as a blogger and follower this past week. Winter slowed my reflexes and left me in a bit of a slump. 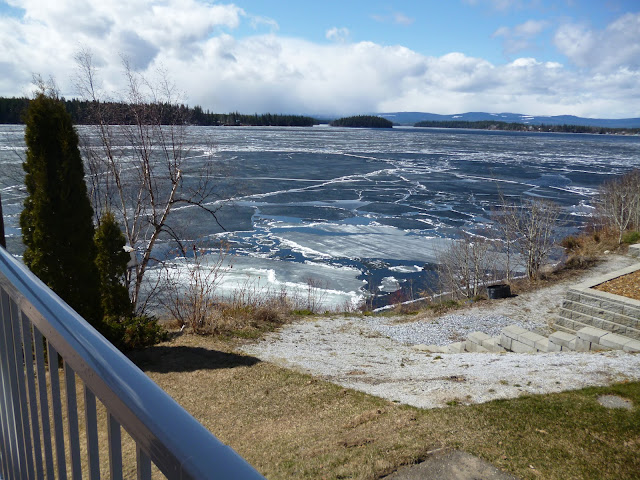 The ice is off the lake! Yay!

I took the above picture around 9 this morning. Look how fast it went off. 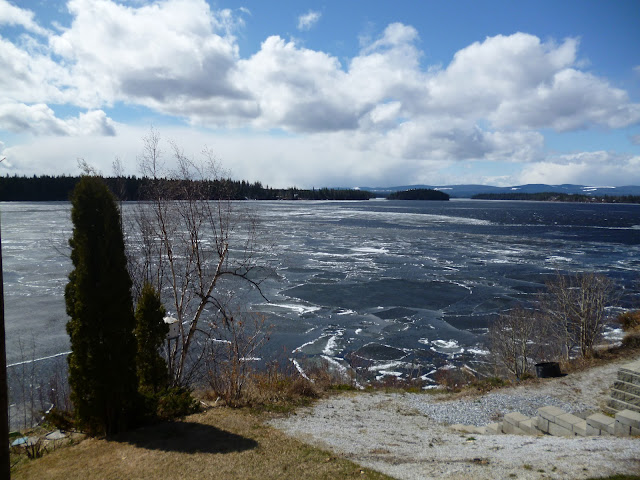 See how it’s opening up in the distance?  It’s crazy how joyful this view makes me feel.

And to think on April 13th it looked like this: 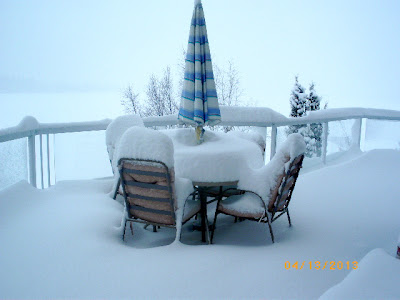 As for my writing adventure…

I’ve reached the 69,000 word count on my current WIP. I’ve also changed the title. It’s a suspense thriller about a man who loses his wife in a freak hit and run and sets out to find the killer even if doing so gets him killed. It may also ruin any hope of mending his relationship with his estranged daughter.

It was titled “One Wrong” as in one wrong doesn’t make a right. But the other day a blogger mentioned that titles shouldn’t require work, but instead an immediate response. So, I’ve renamed it BROKEN MAN. 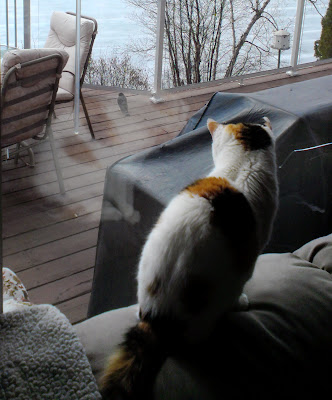 The other thing I wanted to share is a few days ago a fish hawk landed on our balcony and couldn’t escape. He kept smashing into the plexiglass. 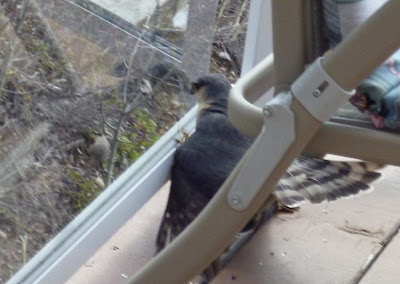 Finally, his mate called to him, and he simply swooped himself up and over the glass. It was quite spectacular. 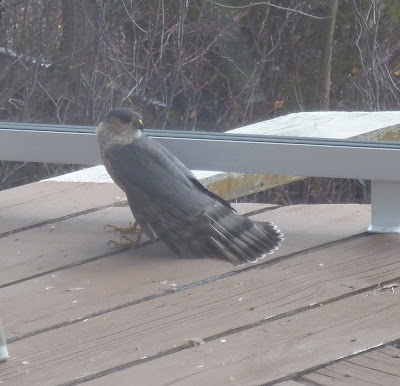 To tell you the truth, I’m not sure he’s a fish hawk. I’ve gone and packed our bird book. If you know what species he is, would you let me know in the comments? Thanks!

Lastly, I finally discovered who was getting into our garbage. I leave it outside after the bears go into hibernation. 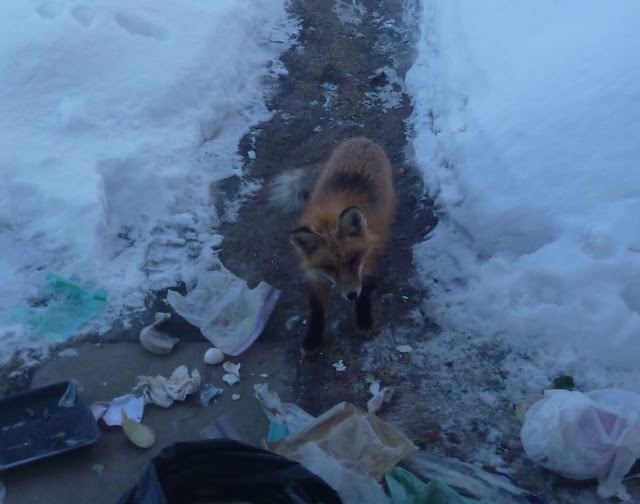 He does look guilty, don’t you think?

Looking forward to reading all your blogs!