Hey! While I’m over at IWSG for the A-Z challenge talking about the letter P, (drop by and say hi, will ya) my good buddy Hank Quense is here so Stacy Conundrum can report for FNN (faux news network). They make it up so you don’t have to!

This Faux News Network exclusive report was filed by our political reporter Stacy Conundrum:
The Texas Board of Education has announce a new initiative after it realized that America uses numbers developed by Moslems. It has authorized a project staffed by astrologers, numerologists, phrenologists and Bible experts to develop an American, Christian set of numbers to replace our current Arabic numbers. They hope to have the new numbers in text books by the start of the school year in September 2014.
A spokesperson for the Board told our reporter, “It is symbolic of our inept Federal Government that they have ignored this insult to our Christian nation. Their refusal to respond to our righteous demands has forced our hand. While the Board accepts the responsibility to develop an American number system, we anticipate that the project will be attacked by the liberal wimps in and out of government. We will disregard their unjustified criticism and do our Christian, American duty. This is a crash project. The sooner we finish it, the sooner our children will stop being exposed to the pernicious, foreign and ungodly influence of our current numbers.
“Our Board is extremely disappointed that none of the state’s math teachers and none of our NASA scientist or engineers agreed to join the project. In a further demonstration of partisan rancor, our project has been denounced by the American Academy of Science. The Texas Board of Education responds by decrying this liberal rathole of reactionary and dubious science.”
When asked by our reporter about the Board’s project, a spokesperson for the American Academy of Science replied, “This is absurd. It smacks of the Dark Ages.”
To learn more about the Faux News Network, visit the network’s webpage. 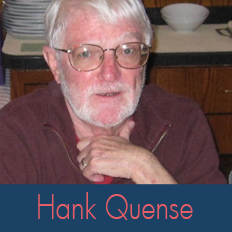 Hank Quense is the author of 50 published short stories along with four novels and three collections of stories. All of these are humorous and/or satiric scifi and fantasy. In the non-fiction area, he has over a dozen articles published on fiction writing and he’s the author of the Fiction Writing Guides series and the Self-publishing Guides series. Both series consist of a number of ebooks. The Fiction Writing Guides and the Self-Publishing Guides are an outgrowth of his lectures on both subjects.