I joined my first online writer’s group in 1994 and submitted Dead Witness for critique. Three writers read my manuscript and gave me great suggestions and comments. They also had some big criticisms.  The first one told me that she had to stop herself from hurling the book across the room. Lucky for me she was reading it from her computer. The second said I needed to toughen Valerie up so she was more proactive with her life. The third one wanted to know why Valerie had to be a typical beautiful blonde, and also why her kitchen was blue.

I was stumped over the last one too, but regardless, those three writers made a huge contribution to my career. Today, when I tell  non-writers about it, you can see the look in their eyes, the one that says Are you nuts? Why would you put yourself through that?

It’s the same look we give those singers who march out in front of the Canadian and American Idol judges and sing their hearts out, then become incensed when they’re rejected. In their minds, they hear a beautiful sound when they sing. It’s the judges’ job to tell them that’s not the case. 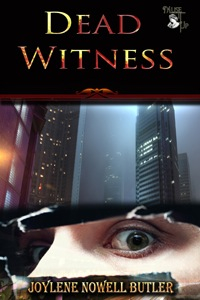 Here’s a brief excerpt from Chapter Three of Dead Witness… 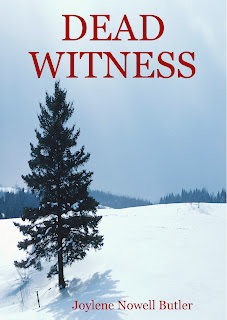 She pulled a blanket off the bed and curled up in a chair next to the window with the electric heater underneath. The policewoman, sent back with her, sat on the end of the bed, and watched a Jim Carrey movie. Her gruff moments of laughter added to Valerie’s despair. During each commercial, she’d give Valerie a reassuring smile.

The sun had long since set, and in its wake, a full moon rose in a cloudless sky. Valerie leaned her elbow on the windowsill and looked at the city lights, neon signs flashing promises of the most delicious steak and lobster dinners, the best computer sales, the friendliest car salesmen. Traffic streaked down I-5 and Madison, and a cruise ship left the harbour, lit up like a Christmas tree. She slumped back.

An untouched plate of Vietnamese noodles and greens sat on the dresser next to the bed with the officer’s empty plate beside it. Had either of the two victims liked Asian cuisine? Valerie tried to imagine them eating, but dead was the only way she saw them. Blood, exploding through the air while the man in the raincoat smiled.

Her eyes blurred. She imagined the victims’ families hysterical with shock, desperate to believe it was all a bad dream. Just as she had the night her parents had died. Only now there were visions to go along with their deaths, visions she’d never allowed herself to imagine before tonight. The sidewalk covered in blood. Her mum and dad falling to the ground. Did they think of her and Aidan and worry about leaving them? Did they suffer? Had there been some comfort in knowing they were dying together?

Valerie wiped the tears from her face. Her sympathies went out to the wives, mothers, and family of the two dead men. She sent them silent condolences and told them she understood their grief.

What she couldn’t say was the repercussions of today would diminish every happy moment of their lives from here on, just as her parents’ deaths had changed everything for her. Not just the births of Megan, Christine, and Brandi, but also every celebration, birthday, and holiday since. And she sensed it had been the same for Aidan.

Their parents had died twenty-three years ago. And yet it felt like yesterday.

May the first, nineteen seventy-three: Valerie, fourteen, had snapped at her mother, and was ordered to her room. Before leaving for their dinner reservation, her father appeared at the door for his usual goodnight kiss, and she’d pretended she was sleeping. Still, his kiss alighted upon her cheek, while her mother whispered at the door, “How can she seem so content in sleep, yet so miserable when awake?”

“Honey, she’s a teenager. They’re supposed to be miserable.”

She should have said goodnight. She should have apologized to both of them for being such a snot. I’ll do it in the morning had been her last conscious thought.

The next morning, she didn’t get the chance. At two a.m., five Mounties, three of whom Valerie knew because they were friends of her dad’s, and some lady from Victim’s Services appeared at her front door. One of them said, “Let’s go inside.”

The door opened wide. They filed into the front foyer. And somebody said her parents were dead.

Write like there’s no tomorrow. Read novels in your genre. Study your favourites. Believe in your gift. Know that you’re doing what you were meant to do. And never ever give up.

p.s.
For 3 years I’ve been trying to figure out how I can send each of my followers a thank you note. I’m still trying. Until then, please know that I appreciate each and everyone of you very much. Thank you!