Our home of twenty years has been under construction since the first of March. No sooner do I think we’re nearing completion and something else needs to be done. Most recently we replaced the railing in the loft with a half-wall. 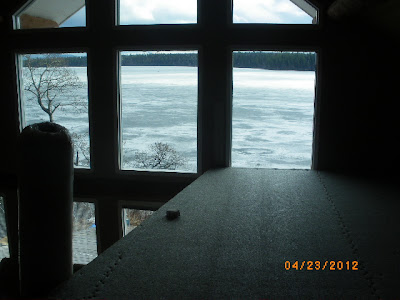 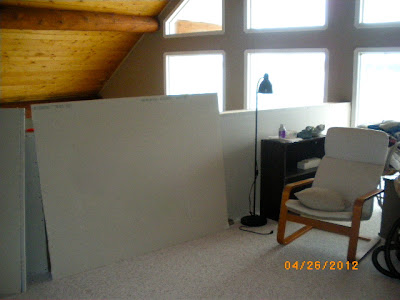 and because our bedroom is beyond this room, at the back of the house, and there’s no door, we now have more privacy. The walls also act as a buffer for the TV downstairs.

You may be wondering what’s taking us so long; March! I’m wondering, too. Maybe it’s age. I don’t move as fast as I used to. And I think I’m allergic to paint. Since March 1, we’ve painted every room in the house including the basement. That front wall you see in the photo below is 25′ high. I excused myself from that project, but too late; my hands are sore and puffy, and so are my eyes. 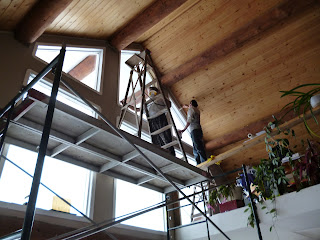 We replaced the carpets in the bedrooms, installed new flooring in the ensuite; thanks to our son; but we’re not finished. Next, we need to … never mind. No need to bore you. Let’s just say we still have a lot of work to do.

What has this to do with my mother?

Today I tried to remove myself as a follower on my blog. It didn’t work. I’ve tried before, but after several failed attempts, it occurred to me that whomever removed themselves from my blog this week (I had 250 followers, now I have 249) did so successfully.

I’ve lost followers before. My inner voice says it isn’t personal, and yet I can’t help wondering, did I offend said-follower? And no, it’s not my mother’s fault.

Except, maybe it is.

I started blogging in June of 2008 and learned very quickly that blogging is about community. Over the past four years, I’ve met some wonderful bloggers who I consider friends. They’re listed under my blogroll. We support each other. When a new post is aired, we’re all there to read, share and comment.

At least I used to be. With all this remodelling, I’ve become overwhelmed. I’m not writing. I’m not blogging. I’m generally late commenting on my favourite blogs. Sometimes I miss the post completely.

I’m taking too long to explain myself. The point is my mother taught me good manners. I learned to treat people the way I wanted to be treated. I learned that I’m no better or worse than anyone, and no one is exempt from having their feelings hurt. I don’t know why I lost a follower this week, but because my mother brought me up to be considerate of other’s feelings, I’m now worried that I’ve inadvertently hurt that follower and they’ve left because of it.

It’s Mother’s Day tomorrow. I’d like to thank my mother for teaching me to be a good person. She was a gentle, kind woman, and if I’m distraught over the fact I may have said something to upset someone, and they removed themselves from my blog, a feat I can’t seem to accomplish myself, then somewhere my mother could be smiling down at me and thinking: I didn’t do such a bad job after all. At least I hope she is.

I miss you, Mum. The years seem to get harder without you.

Now, about the ice…

I’d like to apologize for taking so long to get back to you on the ice contest. The winner of accurating surmising when the ice would come off Cluculz Lake was Suzanne de Montigny. Suzanne guessed May 5. Congratulations, Suzanne. 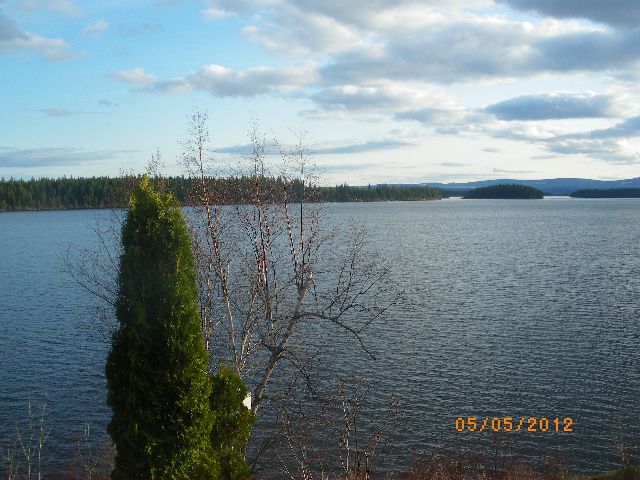 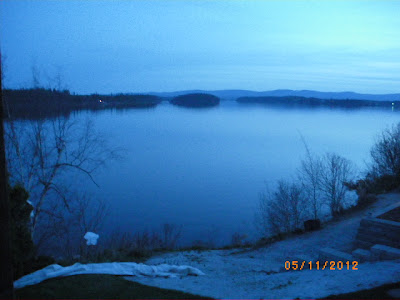 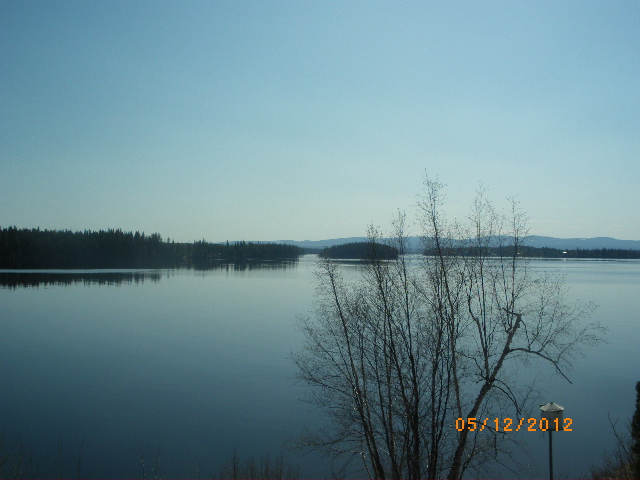 Thanks to everyone for participating. It was fun.