Mason Canyon is presenting a book tour for my audiobook Matowak: Woman Who Cries, and my ebook for Maski: Broken But Not Dead. I hope you’ll take advantage of the free giveaways and visit the bloggers below. Have a wonderful Fourth of July and Canada Day, everyone. Stay safe.

We finally sold our house, so please wish me luck. My family and I are hosting an estate sale at Cluculz Lake June 30th – July 3rd.

◊ Maski: Broken But Not Dead
◊ By Joylene Nowell Butler
◊ Psychological Thriller
◊ Publisher: Dancing Lemur Press LLC
◊ eBook ISBN 9781939844385
To the Breaking Point…
When Brendell Meshango resigns from her university professor position and retreats to her isolated cabin to repair her psyche, she is confronted by a masked intruder. His racial comments lead her to believe she is the solitary victim of a hate crime.
However, is all as it appears? After two bizarre days, the intruder mysteriously disappears but continues to play mind games with her. Taught by her mother to distrust the mainstream-based power structures, and with her stalker possibly linked to a high level of government, Brendell conceals the incident from the police. But will her silence keep her safe?          Then her beloved daughter, Zoë, is threatened and Brendell takes matters into her own hands. To save Zoë, Brendell searches for the stalker and confronts not just a depraved madman but her own fears and prejudices.

◊ Mâtowak: Woman Who Cries
◊ By Joylene Nowell Butler
◊ Psychological Thriller
◊ Publisher: Dancing Lemur Press LLC
A murder enveloped in pain and mystery…
When Canada’s retired Minister of National Defense, Leland Warner, is murdered in his home, the case is handed to Corporal Danny Killian, an aboriginal man tortured by his wife’s unsolved murder. The suspect, 60-year-old Sally Warner, still grieves for the loss of her two sons, dead in a suicide/murder eighteen months earlier. Confused and damaged, she sees in Corporal Killian a friend sympathetic to her grief and suffering and wants more than anything to trust him.Danny finds himself with a difficult choice-indict his prime suspect, the dead minister’s horribly abused wife or find a way to protect her and risk demotion. Or worse, transfer away from the scene of his wife’s murder and the guilt that haunts him…
The audio version of Mâtowak: Woman Who Cries is available through Audible and Amazon. Click on the links to hear an audio sample of the book. 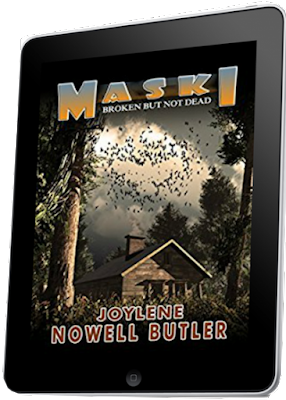 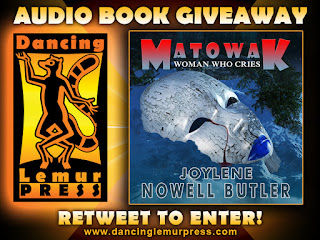