“I felt as if every bit of moisture had drained from my body. The man moved like a breath of wind toward me. At least I assumed it was a man; my mother was never that tall or muscular, and besides, she was dead.” 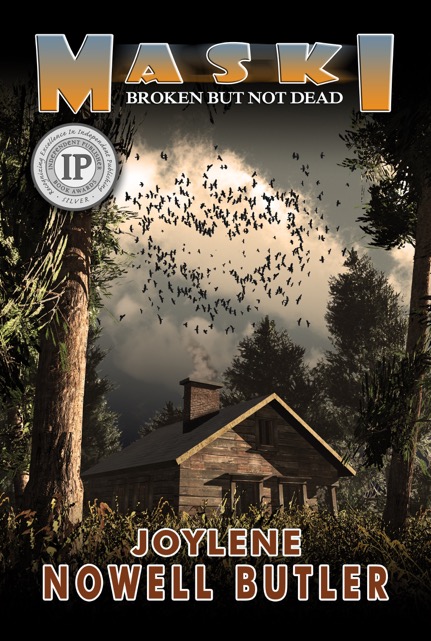 Maski: Broken But Not Dead

Brendell Kisêpîsim Meshango is of Métis heritage and a PhD university professor in Prince George, British Columbia. When Brendell resigns from the university and retreats to her isolated cabin to repair her psyche, she is confronted by a masked intruder. His racial comments lead her to believe she is the solitary victim of a hate crime. However, is all as it appears? After two bizarre days inflicting a sadistic captivity, the intruder mysteriously disappears.

Taught by her mother to fear and distrust the mainstream-based power structures, and with her stalker possibly linked to a high level of government, Brendell conceals the incident from the police. But will keeping quiet keep her safe?

Then her beloved daughter, Zoë, is threatened — and Brendell takes matters into her own hands. To save Zoë, Brendell searches for the stalker and confronts not just a depraved madman but her own fears and prejudices.

This second novel by Joylene Nowell Butler will keep you spellbound, taking you on suspenseful journey as the hunter becomes the hunted and the disturbing truth is discovered.

"In some ways, this was an eye-opening book. Although I've heard a little bit about the existence of prejudice against Native American people, I've never lived in an area with a large Native American population, so I've been isolated... and perhaps shielded... from seeing this sort of thing firsthand. This book gave me a better understanding of how horrid that prejudice can be.

But that isn't all this book is. Sure, it will subtly open your eyes to some inequities and injustices, but it will also strap you in the back seat of a thrilling chilling ride... with a unbalanced psycho behind the wheel. It's a well-written psychological thriller that's bound to keep you guessing until the end. ~Susan Swiderski