I can’t remember when I first met Carrie Butler (sadly, we’re not related, nor are either of us related to Gerard Butler), but I think she left a comment on my blog one day, and so in response I visited her blog. Immediately I liked the feel and appeal of her site. I don’t generally have time to check archives, but I did on Carrie’s blog. Needless to say, I was hooked, and we’ve been blogging buddies ever since. Carrie is warm, intelligent, adorable, and not afraid to be honest with herself and her writing. I’ve learned a lot from her.
At any given time, if you stop by Carrie’s blog you’ll probably find her shouting out about another author, someone she admires and respects. Now it’s our turn. Carrie is currently doing a book tour for her first novel STRENGTH, an adult paranormal romance, now available from Sapphire Star Publishing! She’s stopping by today to share the condensed version of her publishing journey.
If you’re not yet published, pay attention to Carrie’s resiliency and determination. When you work hard for something you yearn for, when you believe in yourself, dreams do come true. And as Carrie would no doubt agree, a little stubbornness doesn’t hurt.
Take it away, Carrie!

My Publishing Journey
Thank you so much for having me, Joylene!
One of the things I’ve always enjoyed about your blog is its ability to inspire. You’ve been so candid about your experiences, and many times, your words have kept me going. So, today, I’d like to offer your readers my own brand of encouragement.
In February of 2012, I began to query my New Adult (NA) paranormal romance.
I know it doesn’t seem like long ago now, but it was an entirely different era for the category. The industry had built up this stigma—scoffing at college-aged protagonists and insisting writers age them up or down to fit the mold. Hardly anyone would consider New Adult fiction.
Fortunately, amid a slew of “NA isn’t a thing” rejections, I received a partial request from someone at my dream agency. It didn’t work out in the end, but the back-and-forth encouraged me. Maybe I did have a good story. Maybe it truly was the concept—the label—that was hindering me. So, what could I do about it?
I had two options: I could either compromise the integrity of my novel, or I could find a new path.
In May of 2012, I decided to query a few small presses. Believe it or not, within twenty-four hours, I had two full requests. Talk about a one-eighty. These editors were undeterred by the risk of trying something new. They were hungry for great fiction and more than a little avant garde. Things had finally started to look up—for a little while.
Let’s fast forward.
The morning before I received an offer from Sapphire Star Publishing (SSP), I received an R&R from another respected publisher. Awesome, right? Not so much. I respected this editor, and I did appreciate the time she put into reading my manuscript, but her feedback hurt. It wasn’t the usual sting of rejection, either. By that point, I’d built up my rhino skin. It was the condescension in her words—more potshots than critiques—that got to me. It made me doubt my writing, and even worse, it made me doubt myself.
I spent the day in serious contemplation. How much longer was I willing to suffer for this dream? Could I afford to keep pursuing it so actively? What if the heart I put into this manuscript was forfeit?
You know what they say, though. “It’s always darkest before the damn.” A little after midnight, I received an email from SSP. The email. I did a happy dance, called my family (out of bed), and spun around in my desk chair.
The funny thing was, if I hadn’t taken such a blow before that, I might not have been so appreciative. Heck, I might have weighed the situation too long and missed out on a beautifulopportunity. So, relish your setbacks, my friends. They just might be setting the stage for something better. 🙂 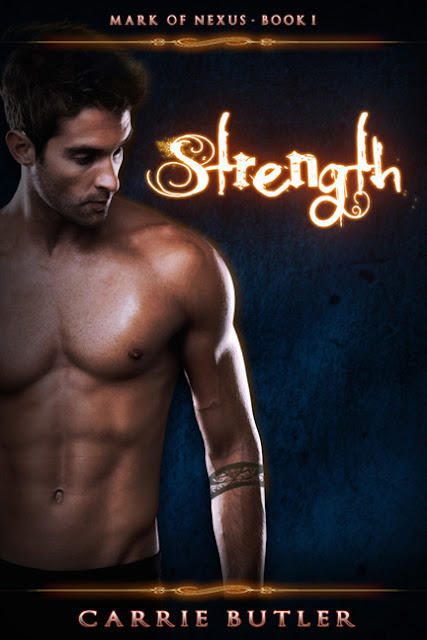 Too curious for her own good, Rena vows to uncover the truth behind Wallace’s madman reputation—and how two seconds of contact had left her with bruises. Of course, there are a few minor setbacks along the way: guilt, admiration, feelings of the warm and fuzzy variety…

Not to mention the unwanted attention of Wallace’s powerful, supernaturally-gifted family.

They’re a bloodline divided by opposing ideals, two soon-to-be warring factions that live in secret among us. When Rena ends up caught in their crossfire, Wallace has no choice but to save her by using his powers. Now they’re really in trouble. With war on the horizon and Rena’s life in the balance, he needs to put some distance between them. But Rena won’t let go. If fighting is what it takes to prove her own strength and keep Wallace in her life, then that’s what she’ll do—even if it means risking a whole lot more than her heart. 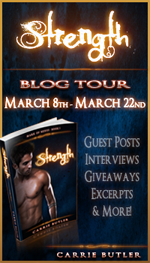