I’m very pleased to introduce my guest today. If you don’t already know Nancy, you can find out more about her at her blog. What I’ve learned is that besides looking way too young to have a son in college, she’s a gentle, thoughtful, and generous human being with a talent for writing suspense. When she mentioned her book was being released, I knew I had to have her on my blog to help spread the word. Please give a warm round of applause for a terrific lady and writer, Nancy S. Thompson! 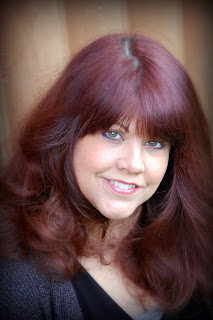 Thanks for having me over, Joylene.  People always ask me the same question:  Why write a novel?  While most of my writer friends have been at it for years, that’s not the case with me.  Except for a little poetry, I’d never written anything in my life.  But back in March of 2010, I had a weird epiphany.
I was driving around when a new song started playing on my iPod.  It was Hurricane by 30 Seconds To Mars, and its lyrics—Tell me, would you kill to save a life?  Would you kill to prove you’re right? —incited an idea, or, more accurately, a question.
We’ve all heard those news stories where someone, who’s never had a violent thought in his life, is suddenly caught up in an impetuous moment, lashing out, hurting or even killing someone.  We wonder what could possibly have made that otherwise non-violent man turn so destructive.  And that’s where the idea for The Mistaken took root.
I wondered what could drive a genuinely good man to commit a violent crime, and, in the aftermath, if there was any way he could ever return to the man he used to be.  Well, for whatever reason, this idea simply wouldn’t let go, so I let it take over.
At the time, I knew nothing about plotting, characterization, setting, dialogue, or anything else for that matter, yet it was all there, however rough.  After completing the first draft, I made all the typical rookie mistakes, like querying way too soon, but I learned fast and took on a bunch of critique partners who helped whip my manuscript into shape.
I queried a few agents, as well as one publisher.  This small, new press requested a full, and, after a slight revision, offered me a deal, which I accepted.  I’ve been very happy with Sapphire Star Publishing.  They’ve given me considerable control and ample amounts of marketing and promotion, all well before my book has even “hit the shelves.”  But that day, October 18th, is very near, and I am filled with excitement and anticipation.  I hope you join me in its release. 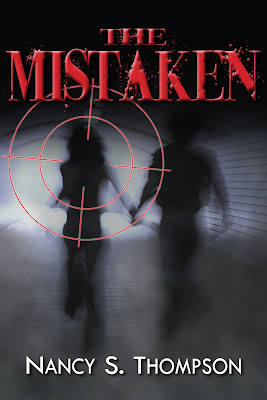 Excerpt:
As time passed and I grew accustomed to the intensity of my pain, I spoke to Nick about Jillian, about how much I missed her, how empty the house felt without her. Nick and I eventually straightened out the place after he reminded me how much Jill hated a messy house. It once again looked as it did when she and I lived as a couple, but it certainly didn’t feel the same. The emptiness tormented me. Everywhere I looked there was something that had a memory of Jillian connected to it, especially her photographs which still lined the walls, and what remained of all the things we had bought for our child, which lay refolded and untouched in a dark corner of the den.
It was just too much for me to see everyday. My guilt and loneliness gradually evolved into bitterness and rage, the venom of each so pungent and sharp it soured my only refuge, my treasured nightly sojourn with Jill’s haunting apparition. My last solace was gone, betrayed by the very bitterness that corroded my soul. That was when I first seriously considered suicide, contemplating the effectiveness of different methods. But there was one thing that held me back. Once I’d read the police reports and ascertained the extent of Erin Anderson’s role in Jillian’s accident and death, I knew I couldn’t leave this world with her still in it, especially when the cops refused to arrest and charge her.
Whereas I once spoke to Nick about Jillian—my memories of her and our life together—I now shared my fantasies about gaining revenge on the woman who had provoked Jill into such reckless behavior. It soon became a favorite pastime to lie drunk around the house and spin wild tales of vengeance against Erin Anderson, the bane of my existence, the core of my deep-seated hostility.
They started simple, as visions of setting her house on fire with her trapped inside, or perhaps I would run her car off the road and down into a steep ravine where she would lie immobilized, entangled in the wreckage, unseen from the roadway far above. I had an endless reservoir filled with pernicious scenarios. I found that when I fantasized about a long, tortuous death, I felt a greater sense of vengeance and a considerable awareness of relief, as sick as that was. And I knew it was sick. But I didn’t care anymore. I wanted Erin to suffer for a long time before she died. Or maybe…maybe she shouldn’t die. Maybe she should just suffer. Forever. I could think of many ways to make that woman suffer forever.
At first, it gave me some relief to savor the vision of retribution. Yet, I always woke up the next day with the realization that Erin Anderson was still alive and well, walking the earth, enjoying her life, enjoying her family, while my wife was not, while my child lay eternally buried in Jillian’s cold womb six feet beneath the heavy earth, a tiny speck of immeasurable possibility heartlessly quashed into nothingness. I spoke to Nick about this train of thought and how crazy it was making me, how utterly enraged I felt, powerless and impotent.
“Tyler, do you think if you were to somehow get even with her that you would actually feel…I don’t know…better?  Relieved maybe?” he asked late one afternoon.
“Hell yes,” I admitted. “Most days, it’s the only thing that keeps me from drinking until I just fucking die.”  I shook my head, disappointed in myself, far removed from the man Jillian once loved.
“Well then, maybe we should do it,” he suggested. “Get revenge. Go Old Testament on the bitch.”
I snorted and rolled my eyes. “Don’t get me started, Nick.”
“Why not, Ty?  I mean, we could probably do it, figure out a plausible way to really get back at her, to completely ruin her life. How hard could it be?”
“Nick, as good as that sounds, I don’t think I’m actually up to killing someone. Even that rotten whore.”
Nick walked around with his head down, his finger drumming absently along the sharp edge of his jaw, deep in thought. He turned to me, rather excited at the plan forming deep within the dark confines of his mind.
“We wouldn’t have to kill her, Ty. Just make her wish we had…”
* * * *
The Mistaken Synopsis:
All Tyler Karras wants is to enjoy life with his expectant bride; what he gets instead is a graveside seat at her funeral.  With the woman who killed her uncharged and still free, all Ty wants now is revenge.
His brother, Nick, has dangerous connections and suggests a sadistic plan: grab the woman responsible and hand her over to his associates—sex-traffickers in San Francisco’s Russian Mafia.  They offer Ty more than he dreamed possible.  In exchange for the woman, they’ll finally let his brother leave the business for good—with his debt wiped clean and his heart still beating.
There’s just one problem: Ty kidnaps the wrong woman.
Now he must protect Hannah Maguire from the very enemy he’s unleashed, but the Russians are holding Nick as leverage to force Ty to complete their deal.  Caught in a no-win situation, Ty must find a way to save himself, his brother, and the woman, but with the Russian Mafia, even two out of three makes for very long odds.
Bio:
Nancy makes her fiction debut with The Mistaken. She is an interior designer and California transplant, currently living with her husband near Seattle, WA.  Find her on her publisher’s website, her blog, Goodreads, Twitter, and Facebook.  Nancy invites you to learn more about her novel, The Mistaken on Goodreads, as well.
Beginning October 18th, her book (ebook & trade paperback) will be available on Amazon, Barnes & Noble, as well as Sony, Kobo, Apple, Diesel, and Baker-Taylor.