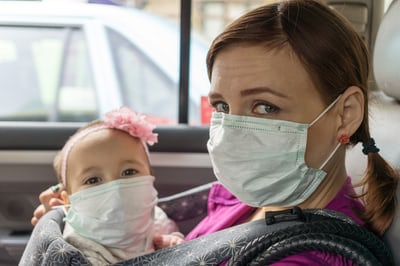 Writers Modeling Behavior On and Off the Page

On July 17, 2020, The Wall Street Journal published humor columnist Jason Gay’s article “Please Wear a Mask So I Can Shut Up About Wearing Face Masks.”

The subhead was: “I’m as tired of this discussion as anyone else. So let’s mask up and make progress.”

Now why would I choose to talk about this subject in my monthly guest post for author Joylene Nowell Butler? What does this have to do with writing?

I often blog about the responsibility of writers to portray in their writing safer sex and other safe behavior (when it doesn’t hinder an important plot point).  And I believe it is equally important for writers — who should understand the impact people’s actions have on other people (that is what we write about, don’t we?) – to also model responsible behavior in real life.

There’s a concept in Judaism about not appearing to do wrong. Here’s how that concept could be applied in today’s world:

Let’s say you live where masks are mandated if you can’t social distance. You are leaving your house to take the dog for a walk and don’t plan to come near anyone else.

Picture the scenario so far?

Now you (with your dog) go off without a mask. You know you’ll cross the street if anyone else comes walking towards you on the same side of the sidewalk.

But the people who see you walking without a mask don’t know what a good citizen you plan to be. They just think 1) you’re an asshole for not wearing a mask or 2) you don’t think it is necessary – and maybe they don’t need to wear a mask either.

And that’s an example of the concept of appearing to do wrong.

To make my point using humor of how little an effort it is to wear a mask, I’m going to quote from Jason Gay’s article (boldface mine):

“But look at the new cases, friends. We’re still in this battle, and there’s something we all can do: Wear the mask.

“You’ve heard it a bajillion times, but here’s the basic idea: If you’re going to be indoors in a building that is asking you to wear a mask, wear a mask. If you’re in a crowd and not able to be socially distant, wear a mask.

I do believe as writers we have a responsibility to model good behavior for others. After all, we write for others. Shouldn’t we care about others in our daily lives? And today that means wearing masks!

If you want to add in the comments below other examples that demonstrate the concept of not appearing to do wrong, please do so. We can all learn something new.