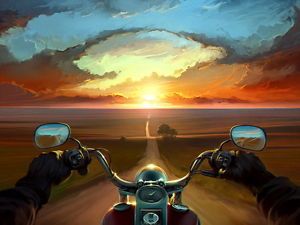 Whose Emotions Are We Engaging With in Fiction?

In a webinar for writers screenwriting guru Corey Mandell talked about an important concept in point of view (POV). He said that in the dialogue blocks of a screenplay it is clear who is speaking – whose POV or emotional response we are meant to engage with.

Yet in the description sections of a screenplay, according to Mandell, it is the screenplay writer who is speaking. It is his or her POV with which we are engaging.

I’ve been pondering this concept ever since I heard Mandell talk about it — that in fiction when a character is not speaking, it is the writer himself/herself who is speaking (even though there is no such stated attribution).

We may call this the writer’s style – staccato or flowery – sparse or adjective-heavy. Yet by choosing one style over the other as a writer we are emphasizing who is speaking to our readers or viewers.

How can understanding this concept help make our writing more engaging for readers or viewers?

I will admit that in fiction the plot always interests me the most. Whether as a reader or writer I have to concentrate on paying attention to character feelings/emotions. And yet I know this is a weakness on my part because, as humans, we respond to other people’s feelings – and those connective feelings can hook us into a tale.

And to be hooked into a fictional character’s feelings we have to be invested in that character.

For example, I watched a few minutes of the new limited series BELGRAVIA on Epix because Julian Fellowes wrote it based on his own novel of the same title. I wasn’t immediately hooked so I turned it off.

Curious why I hadn’t responded well to BELGRAVIA, I re-watched (available on Amazon Prime) the first few minutes of the series DOWNTON ABBEY, which Julian Fellowes also wrote. And I could see clearly why in that show I was immediately hooked.

What was the difference given the same historical fiction writer of two shows with a large cast of characters and a dead love interest in both first episodes?

And the reason for this? I knew almost immediately the disaster that had befallen the aristocratic family in DOWNTON ABBEY and that this disaster would also affect the servants. Ironically, the dead love interest doesn’t even appear on screen and yet I cared what was happening.

In BELGRAVIA I found the setup unconvincing even though the dead love interest appears briefly before he dies at the Battle of Waterloo. The storyline has no strong emotions to make me care what happens 25 years later (the timespan to which the opening of the episode jumps).

Although you may disagree with my analysis of the opening minutes of DOWNTON ABBEY and BELGRAVIA, I hope you will agree that creating a strong connection between fictional characters and readers/viewers does rely greatly on emotions. And engaging with the emotions of the writer – the puppet master pulling the strings – can help “hook” us into caring about the fictional characters.