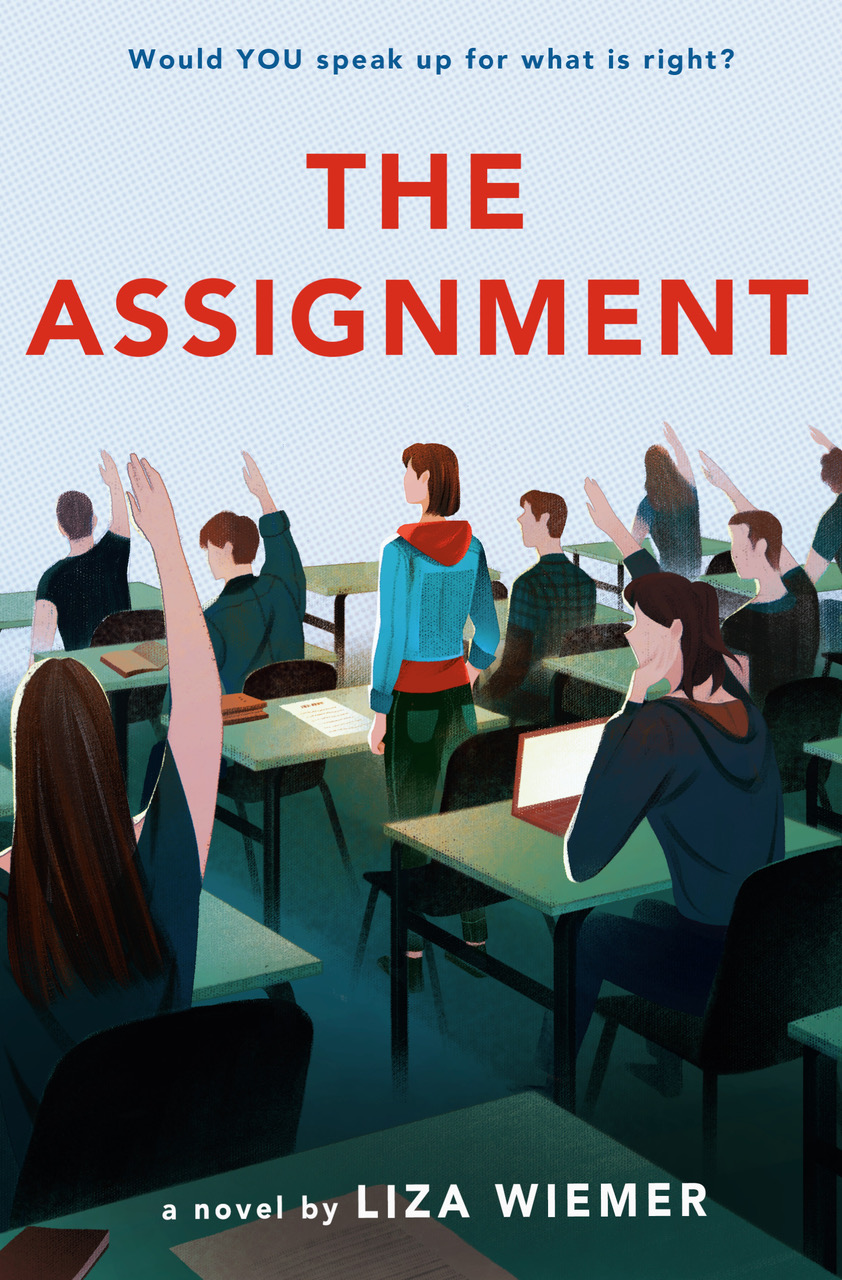 Some of you may know of my free nonfiction Holocaust theater project THIN EDGE OF THE WEDGE to combat anti-Semitism and hate. The project has been developed to educate teens about the past (the Holocaust) and to encourage these teens to speak up for what is right today.

Thus I was very excited when I came across an article on Kveller.com about the new YA novel THE ASSIGNMENT by Liza Wiemer based on a true story:

In 2017 in the town of Oswego, New York, during a college-level English class for high school seniors, a teacher asked his students to debate the WWII Final Solution of the Nazis taking either the side of exterminating all Jews in Europe or the side of concentration camps, sterilization, and starvation.

Two students in that class composed predominantly of non-Jewish whites — Archer Shurtliff and Jordan April – protested the offensive assignment. The teens believed that no one should defend the indefensible.

What you’re about to read is a fictionalized story based on an actual assignment given to students in a New York high school education program. It’s an assignment that could be given anywhere.

Any country. Any town. Any school. Even yours.

This YA novel and the true story behind it constitute a wonderful example of what fiction writers can achieve in encouraging young people to speak up for what is right. As the fictional teens said, both sides of the assigned debate argued for murdering innocent men, women and children.

What I especially applaud is author Liza Wiemer’s willingness to show the pushback and ugliness that the fictional teens endured from their fellow classmates, the school administration, the community, etc. before ultimately getting the assignment squashed. The two real-life teens as well as the two fictional teens did not give up!

As inspiration for fiction writers as well as a compelling story, THE ASSIGNMENT is a great read for both teens and adults.

And speaking about inspiration –

We fiction writers can inspire our readers/viewers in other ways, such as depicting visibility for people with disabilities.

On October 26, 2020, the Academy of Motion Picture Arts & Sciences (sponsor of the Oscars) presented a virtual program – ACCESSABILITY/VISABILITY: BREAKING DOWN THE BARRIERS FOR PEOPLE WITH DISABILITIES IN MEDIA – in celebration of the 30th anniversary of the Americans with Disabilities Act.

I’m asking every fiction writer who reads this guest post to consider these two actions in their own fiction writing:

Until next month, stay safe and MASK UP!

Amazon link for THE ASSIGNMENT (not an associate link): www.amazon.com/Assignment-Liza-Wiemer/dp/0593123166