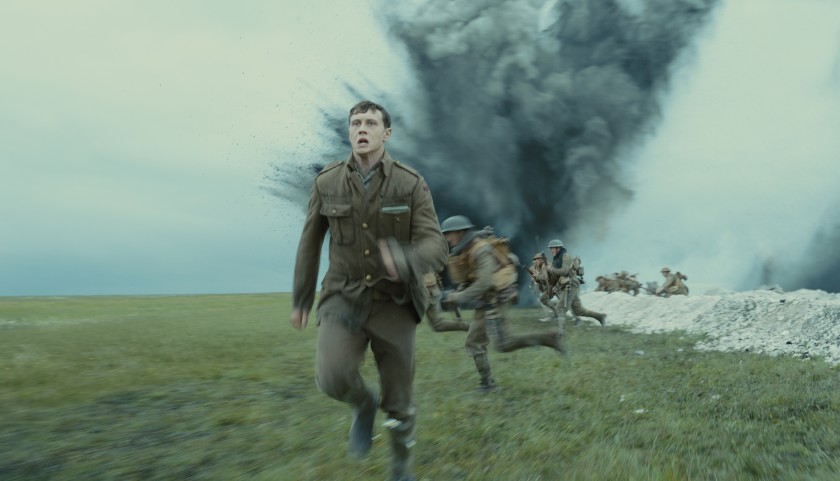 Although the title of this new blog post for 2020 might be somewhat pompous, I am excited both to return to Joylene Butler’s orbit and to expand the scope of my posts for her from book marketing to a range of my own concerns (my purview).

And one of my main concerns is the interlocking of history and the future – what we can learn from the past to improve our future. Another main concern of mine is social issues, including how as writers we can impact social issues.

For this first “return” post and for the start of 2020, I’d like to discuss history. Or rather movies as a way to learn history wrapped up in entertainment.

The new World War I movie 1917 opened in Los Angeles on December 25, 2019, and I saw it that day. It is an excellent portrayal of the miserable trench warfare of what was then called the Great War. The film, directed by Sam Mendes and written by Sam Mendes and Krysty Wilson-Cairns, includes recognition in the end credits of Mendes’ grandfather who served in this war.  (My husband’s paternal grandfather, serving with the British, was gassed by the Germans in this war and never completely recovered.)

WWI started in Europe on July 28, 1914 and ended with the armistice between the Allies and Germany on November 11, 1918. The United States did not enter the war until President Wilson called for war on Germany on April 2, 1917, which the U.S. Congress declared four days later. The story of the movie 1917 takes place on April 6, 1917, focusing on two British lance corporals with no mention of the U.S. entry.

WWI in Europe is known for trench warfare – and Sam Mendes has done a brilliant job of conveying the miserable conditions of such warfare as the two young protagonists struggle to make their way through the crowded British trenches and then through the empty trenches of the Germans and on into no-man’s land.

This is an important movie to see in order to better understand the utter uselessness of a war that to this day most people have a hard time explaining who started what and for what reasons. WWI often gets overlooked by Americans (we tend to focus on WWII), and for this reason alone we should see the movie. Yet be prepared to be disheartened as to why human beings would stage such a senseless conflict using trench warfare.

Later the same day I watched on Hulu the 2017-released World War II Norwegian film THE 12TH MAN directed by Harald Zwart and written by Petter Skavlan (as Alex Boe). The film primarily takes place starting at the end of March 1943 in Nazi-occupied Norway. (Nazi occupation of Norway began on April 9, 1940 with occupation ending on Victory in Europe day on May 8, 1945.)

The film tells the true account of Jan Baalsrud, the one surviving member of a 12-person Norwegian resistance operation. His struggle for survival in extreme cold with help from ordinary Norwegians – who would have been killed if discovered helping him – is very uplifting.

Why are these two historically inspired films important to see now?

All of us should know more about our recent history so that we can stand up for what is right today when we have the opportunity to do so. In a later blog post I will write about my Holocaust-related project www.ThinEdgeOfTheWedge.com with its intention of reminding all of us of what can happen when we don’t speak up until it is too late.

For now, in this new year of 2020, it is incumbent on all of us, especially if we are writers with the power of the pen at our command, to know as much as possible about our recent past so that we can “look out” for our near future.

If you have seen either of these films, do let us know in the comments below.

(Read more about the true account of THE 12TH MAN at https://en.wikipedia.org/wiki/Jan_Baalsrud)

* Thank you for visiting. If you leave your blog link in your comment, I’ll be sure to visit your blog. *