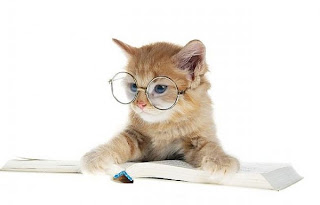 More on that in a second.
I’m down to blogging once a week because I’m trying to finish a work in progress that I started … I can’t even remember when. My BF said I was working out the plot in my head as early as December 2006. She thinks I waited another 18 months before I started the actual writing part. I keep her up to date so she can remind me later.
Holy Chicken Fingers! That means… (counting on fingers) ooh, not good. It took me 4 years to write 39 thousand words. I know this because I recorded the symbol 39K on my calendar December 31, 2012. Which was last month if I’m not mistaken.
Now for the good part!
As of today I have 56,148 words written!
That’s why I’ve been so behind in visiting your blog and leaving a stunning and brilliant comment. I understand you don’t mind if I blog less than once a week, but I don’t want you forgetting about me. I know … who could forget about ME! Well, my own mother used to call me by my sister’s name — a lot. She even called me by my brother’s name once or twice. Not a pretty picture, I can tell you.
Speaking of picture — Picture this: Joylene (me) sitting at the monitors below for hours on end, wracking her brain, composing the most prudent of prose, half-starving (husband cooks breakfast), and… 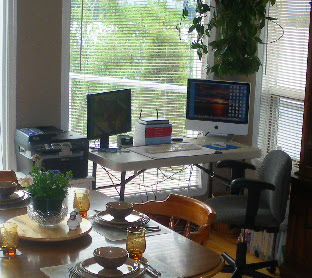 Dang, I can’t remember what I wanted to say.
Okay — ignore that first part.
What I wanted to blog about today is actually me posing a question to you. Oh! Now I remember what I wanted to say. I’m writing and writing, chapter after chapter when suddenly (chapter 16 to be precise) my antagonist presence himself. Okay, not him exactly, more like a totally different character called Sergeant Harry Byron Bradstreet, decorated staff sergeant during the Gulf War who happens to dislike the antagonist and his son. They’re gangster from the east end of London. But that’s a story for another time.

The question of the day is:

Do you think chapter 16 is too late to introduce the antagonist in a suspense thriller?

I know, I know. Sometimes I take a long time getting to the point. Now maybe you understand why I was often referred to as Verbal-Diarrhea-Jo as a kid? (My dad called me Josephina the laughing hyena)
Anyway, it’s a good thing I don’t write like I talk.
Come to think of it, my English Professor back at Simon Fraser University said that very thing once….
Maybe I’ll move chapter 16 up a few chapters?